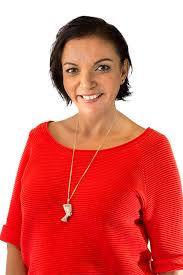 Dr Anne Aly has been the Federal Member for Cowan since 2016.

By her late twenties, Anne was a single mother of two young boys earning the minimum wage to put food on the table. She went on to study her Masters and PhD and has taught English to migrants and served as a senior policy officer in Office of Multicultural Interests.

Inducted into the Western Australian Women’s Hall of Fame in 2011, Anne was nominated for Australian of the Year in 2016 and received the prestigious Australian Security Medal.