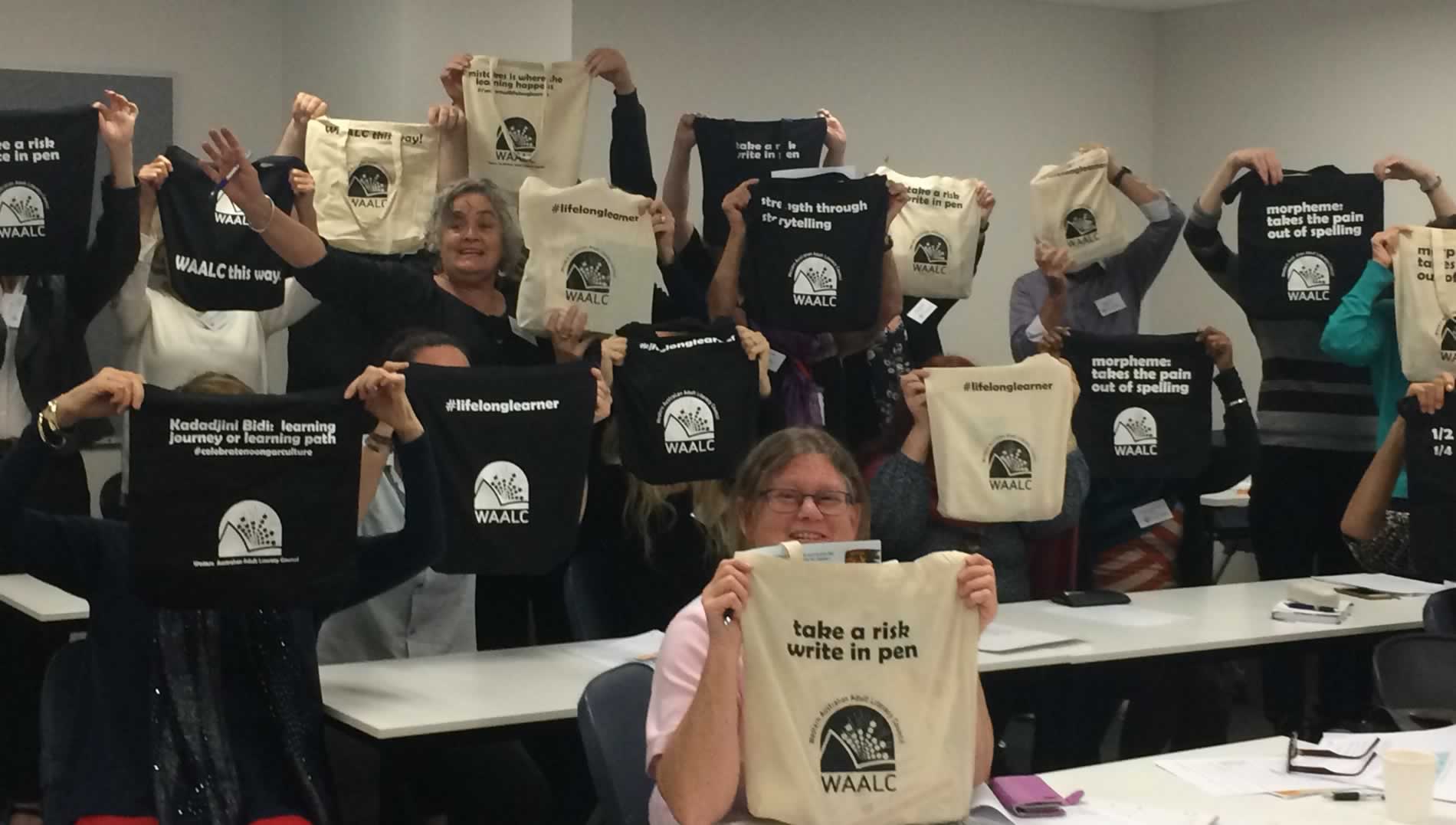 For this year’s WAALC State Conference, the committee were able to support a local small enterprise that is run through an adult education class. The class is one of many run through Centacare Employment and Training in WA.

The business, “About Us Mob” was started as a response to an incident of racism directed towards a young Indigenous man during smoko that shook him and his class mates. The class was stopped after he told the story, a class discussion was had and some brainstorming was done about how the class could spread a positive message to the area about Aboriginal people and their culture. They wanted to turn fear and discrimination into celebration. A t-shirt business was the option chosen.

The business grew slowly with the support of local businesses and a photographer/movie maker that helped tell the story.  These can be seen on the About Us Mob Facebook page. T-shirts were sold through the networks of businesses, Naidoc Day, word of mouth and family. T-shirt slogans range from “Noongar and proud”, “Ancient culture”, “Celebrate culture”, “Strength through Storytelling” and Kadadjini Bidi” which is Noongar for learning journey.

The class ran meetings using agendas and minutes, they had scheduled work times and kept the books (which never showed much profit).  It was a real life project that helped support numeracy, literacy and most of all confidence. One of the students joined the local P and C from her child’s school once the mystery of meeting words such as agenda, correspondence and apologies were unpacked.

The WAALC committee picked up on the idea and commissioned the small enterprise to make 300 conference bags.  A huge undertaking for the class.  The teacher discussed with the class what sort of work and support WAALC gives to adult learners and again, after brainstorming, the students and teacher came up with hashtags and slogans to present on the bags. 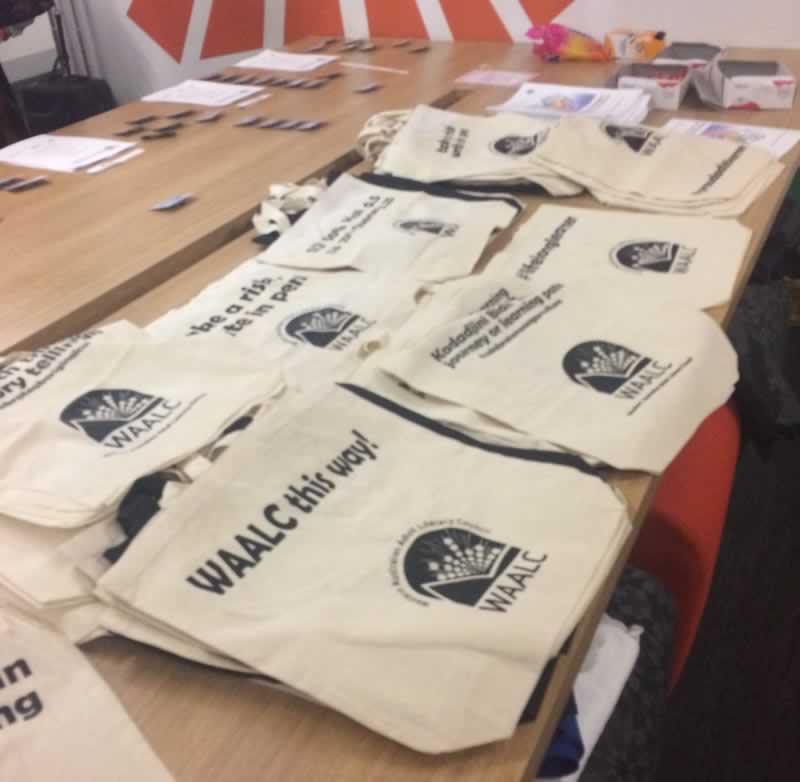 On the day of the conference, participants were able to choose from the variety of conference bags. The story of the class was told as part of a session run by the teacher on project based learning.

For the class, the benefits were immense. They knew that their story was being heard.  They took pride in the fact they had a voice that supported the people who helped them learn. They learned that work is often boring and repetitive.  They learned that regardless of the work, to finish something has an effect on the soul. The proceeds of the small business and the bags have gone towards clothing and shoes for students attending interviews, top ups on their transport cards, excursions, canvases, food for the class pantry and a coffee outing.